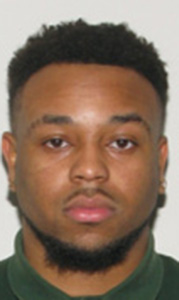 The Smithfield Police Department is investigating a Tuesday morning shooting and seeking a suspect.

The shooting was reported at 7:54 a.m. at 114 Cattail Lane, according to a press release from the police department. A suspect was arguing with his ex-girlfriend through her closed apartment door, the release from Deputy Chief Chris Meier stated. When she refused to let him in, he allegedly kicked open the door, fired multiple rounds and struck an adult male in the abdomen. He then fled the scene.

Meier stated Tuesday afternoon that the victim was recovering after surgery.

Andrew Brock Jr., 30, of Windsor, is wanted for breaking and entering, aggravated malicious wounding, shooting within a dwelling and use of a firearm in commission of a felony.

Anyone who has information is asked to contact the Isle of Wight/Smithfield/Windsor Crime Line at 1-888-LOCK-U-UP or the Smithfield Police Department at 757-357-3247.

Twenty inmates at the Western Tidewater Regional Jail in Suffolk have tested positive for COVID-19, the jail announced Friday. According... read more