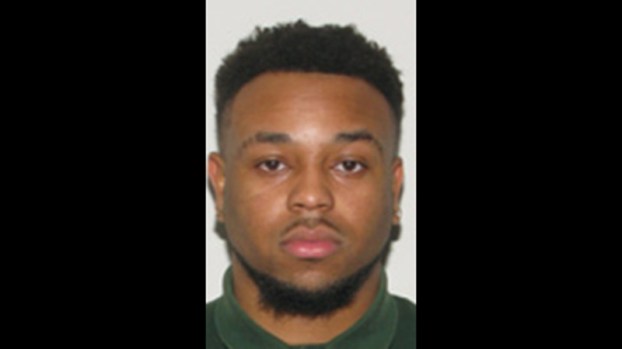 A man wanted in connection with a Smithfield shooting was injured in an officer-involved shooting in Suffolk on Wednesday.

Andrew Brock Jr., 30, of Windsor, is hospitalized in stable condition, according to a Suffolk Police press release.

Brock was shot around 7:32 p.m. Wednesday evening by Suffolk Police as they tried to serve warrants on him from Smithfield. The warrants included burglary of a residence, discharging a firearm in an occupied dwelling, malicious shooting and display of a firearm in a threatening manner, according to a Suffolk press release.

According to the Smithfield Police Department, Brock is a suspect in a Tuesday morning shooting that happened at 7:54 a.m. at 114 Cattail Lane. The suspect was arguing with his ex-girlfriend through her closed apartment door, the Smithfield release stated. When she refused to let him in, he allegedly kicked open the door, fired multiple rounds and struck an adult male in the abdomen.

Smithfield Police Deputy Chief Chris Meier stated Tuesday afternoon that the victim in that morning’s shooting was recovering after surgery.

On Wednesday evening, Suffolk officers went to serve the warrants and encountered Brock, allegedly armed with a firearm, and shots were exchanged, the press release stated. The officers were uninjured.

Officers provided first aid until the arrival of Suffolk Fire & Rescue personnel, who then provided treatment. Brock was airlifted by Nightingale to the hospital.

The officer-involved shooting of Brock unfolded around the area of the Friendship Cathedral Church on Godwin Boulevard, adjacent to Oakland Elementary School.

A man wanted on warrants from Smithfield was involved in a shooting with Suffolk Police on Wednesday evening. Officers responded... read more