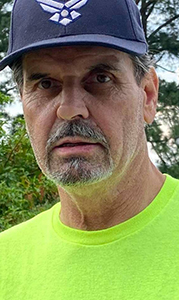 He was a mechanic on the Peninsula for 45 yrs. He was preceded in death by his father, Linwood R. Wright, and brother, David Wright. He leaves behind his wife of 28 years, Debra Potter Wright; a daughter, Stephanie Hersey (Shawn), of Las Vegas, Nev.; son, Matthew Pyles (Ashley), of Paducah, Ky.; and daughter, Malynn Tipton, of Newport News. He is also survived by his mother, Angelica Carol Hall Wright, of Smithfield, and his brother, Richard Wright (Patricia), of Newport News. He also leaves behind nine grandchildren and two great-grandchildren, whom he adored.

He will be remembered as a beloved husband, father, son, grandaddy and friend. Billy was very strong in his faith and is now with his Heavenly Father.

Funeral services will be private.

Ursula Tynes Day transitioned from this life Monday, Oct. 12, 2020. A celebration of life service will be held at... read more