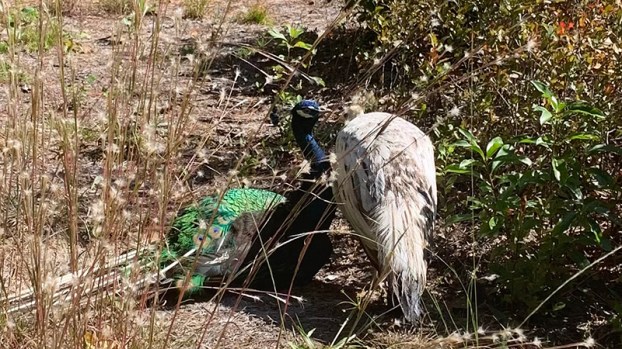 When I first saw the land for which I would become caretaker, it was without birds. The parcel was 12 acres of land that had been cut 10 years before and while there were some older trees left, most trees were less than 10 years old. Given my limited knowledge of such things, I thought the lack of birds was connected to the pesticides sprayed on the surrounding crop land. It would be years before I would know the truth.

First, I was involved in clearing a utility building site that would house the solar equipment and a garage apartment site as a staging area for the house, roughly 125 yards by 75. Small birds began to show up and I learned that birds dislike deep woods, preferring to be on the edges. I was happy to know this information as I continued to clear land. After the utility building and the garage apartment were finished, I began to thin the trees around the main clearing. As I continued to clear, more and more birds returned, and the surrounding woods started to have enough space between the trees for the birds to be able to navigate safely.

Piliated woodpeckers became frequent visitors; especially when the sassafras berries were ripe, the trees would be picked clean in days. Although we had heard the barred owls that were nesting down by the river, we eventually began to see them sometimes flying through the woods or perching on a branch. A couple of nights in a row, the pair perched on a dead tree right behind the house. It was a sight to behold. As I continued to thin the trees, crows began to appear. As it has happened, the more open the woods became the bigger the birds that came to the area. Lastly, I started to see hummingbirds a couple of years ago. The space around the buildings has become bigger and bigger. Blue birds, indigo buntings, thrashers, scarlet tanagers, cardinals, wild turkeys and many others make appearances. Occasionally, our neighbor’s peacocks even come for a visit.

I was happy to learn my first assessment of the bird population was inaccurate.

Constitutional Amendment No. 1 Should the Constitution of Virginia be amended to establish a redistricting commission, consisting of eight members... read more