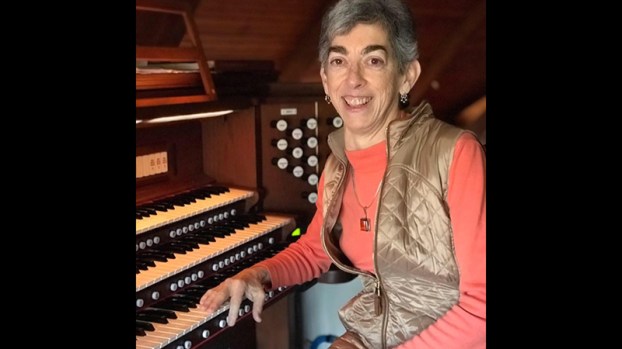 Heidi Bloch, the organist and music director at Christ Episcopal Church, has moved on after accepting another position. (Submitted Photo)

As it was for local businesses and at many churches, 2020 was a year of reckoning at Christ Episcopal Church. Serious financial concerns and COVID restrictions, cancellation of in-person worship for several months, and expensive necessary structural restoration work have taken their combined toll. And, after more than 19 years of service, organist and music director, Heidi Bloch, is no longer an employee of the church.

Heidi, who lives in Williamsburg, participated in a recital at Historic St. Luke’s years ago but had never been to Smithfield. She arrived not only with professional credentials but also with experiences in Lutheran and Episcopal churches and a deep interest in how church music and liturgy intertwine. Heidi saw the church through a roller coaster of issues, including more than five clergy changes and vacancy periods, an embezzlement that affected staff and church finances, changes in worship times and style, clergy with musical knowledge and others having none, choir growth and diminishment, and always with a positive attitude and an understanding that, for the choir in particular, the bar can be set high to include well-crafted music that combines quality texts with good music, no matter the number of singers.

That goal is certainly expected for a professional musician with a master’s degree in sacred music and organ performance. Bloch’s goal was, from the beginning in spring 2001, and with the blessing of the hiring committee, to use the Episcopal hymnal thoroughly and to plan worthy anthems and service music all related to the lectionary and liturgical calendar.

She initiated what became a 17-year tradition of well-received Services of Readings and Music involving members of the church reciting carefully-chosen poetry and prose pieces for Epiphany. The Isle of Wight Writers Guild was involved for several years and a second “service” at Historic St. Luke’s was planned for the afternoon of the same day as the morning service at Christ Church. Together with Mary Cole, Bloch and a board of like-minded community members were  instrumental in the founding of Sundays at Four — Smithfield’s concert series — which has been on hiatus this calendar year. Bloch continues to serve as the artistic director.

For several years, she alone, or she and a group of musician friends, planned a themed concert of diverse repertoire all related in some way and explained with delightful humor. There were Evensong services with choir and guest soloists, Celtic services with lovely music and an equally lovely candlelit ambience created by church members, guest musicians and singers. She often organized a group of church members to attend concerts, theater performances and baseball games.

Despite the small size of the choir at Christ Church, Heidi often explained that the singers could still strive to communicate thoughtfully-conceived texts with good diction and quality sound. She has friends, active composers, who often wrote choral anthems and shared them for her choir to use.

There were evenings of choir spoofs, and visits to Magnolia Manor to sing for residents, and services with combined choirs from Benn’s and Trinity Methodist. One hallmark of an experienced musician is dealing with unanticipated adversity with grace. During the morning service when Sundays at Four dedicated its new Steinway housed at the church, guest pianist Lee Jordan Anders was present to play solos as well as a duet with Heidi at the organ. The power suddenly and mysteriously went out with great electrical fanfare on a perfectly fine day. Bloch quickly moved to the piano and joined the pianist for the duet never intended to be played nor practiced with two people at one keyboard and one bench!

In June 2019, Bloch was offered a position at another church, but in an effort to keep Christ Church ‘on an even keel,’ and to help with finances, she proposed to both churches the novel idea of ‘job sharing’ — two Sundays each month at each church. That new approach was working well before COVID struck. Since then, and with no choir rehearsals permitted, Bloch has been employed at two churches and enjoys a fine large organ at one, and a smaller organ with a chorale-based service at another. She is a multi-term board member of the Chamber Music Society of Williamsburg, responsible for engaging six ensembles with national and international reputations annually, and she sits on the board of a women’s community service organization. She served twice as the president of the local chapter of the American Guild of Organists.

For nearly three decades, Bloch was also the organist and music director at Temple Sinai in Newport News, accompanist for the middle school chorus at Warwick River Christian School and still teaches piano and organ privately and as an instructor for the Renaissance School of the Arts, which first opened at Christ Episcopal Church.

Windsor plans to poll its citizenry on the idea of moving Isle of Wight County’s Confederate monument to the town’s... read more