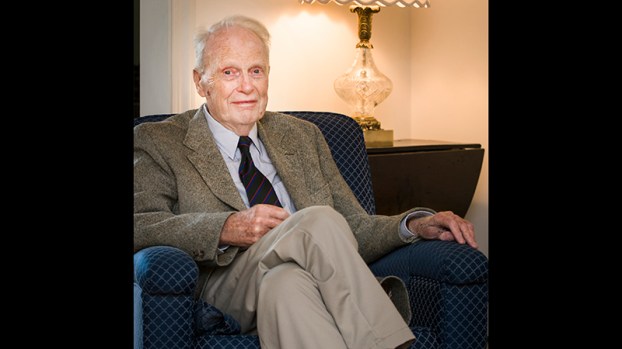 Dr. Desmond Longford took good care of people in and around Smithfield for more than 50 years.

And he refused to let corporate mandates he believed were misguided dictate how he treated patients, recalled longtime friend and colleague Chet Hart.

Hart started working at Obici Hospital in 1988 as the chief operating officer. Both Longford and longtime medical partner Dr. Bernard Jamison were members of the medical staff then and often sent patients from their Smithfield practice to the hospital.

As the doctors neared retirement, Obici, which is now part of Sentara Healthcare, bought the practice. But Longford continued making house calls, much to the consternation of some of the corporate leadership.

“We said, ‘You know you’re not supposed to be making these house calls,’ and Desmond said ‘I don’t really care. I’m going to take care of my patients the way I want to take care of them whether you like it or not,’ and he did,” Hart said.

Longford died on Jan. 4. He was 91 and had resided in Smithfield for more than 50 years. Family, friends and colleagues remembered him as an empathetic healthcare provider who genuinely cared about his patients.

Doing things like house calls “was just out of a genuine concern and compassion for their fellow community members. I think that’s why a lot of physicians became physicians back in the old days,” said Hart, who is now executive director of the Western Tidewater Free Clinic. said.

The free clinic opened in June 2007. Longford served as a founding doctor, board member and steering committee member in addition as a volunteer physician, according to Ashley Greene, the clinic’s director of development. Both Jamison and Longford “believed medical care should be available to everybody,” said Greene.

Recalling just one favorite memory was impossible, said Nicola, one of Longford’s four children. She provided comments to The Smithfield Times about Dr. Longford’s life and legacy with input from and on behalf of the family.

“We all loved spending time with him,” the family wrote. “He had a wonderfully infectious laugh and we could not help laughing along with him, even if we did not know why he was initially laughing. Our father especially enjoyed spending time in bookstores. He could find one anywhere and we’d lose him once inside, but it was a safe bet to find him contentedly seated in a comfortable chair.”

Desmond Longford was born on Sept. 12, 1929, in Belfast, Northern Ireland. His father practiced medicine before moving to Kent, England. When World War II broke out, Desmond and three siblings were sent to live with relatives in Northern Ireland. He enjoyed swimming in the ocean on the Outer Banks and listening to shortwave radio international news — BBC programs, cricket test match scores and stories about interesting people. In addition to books, Longford was avidly interested in vintage cars.

He studied at Trinity College, Dublin and qualified from The Queen’s University Medical School in 1956.

He met his wife Rosemary at the university. They married in London in 1961, and she joined him at the family practice that had once been his father’s, according to an obituary published by the family.

The newlywed couple honeymooned in the United States and while here, they stayed with Jamison, a fellow Queen’s graduate who started his career in Smithfield. Jamison asked Longford to join the medical practice that became Smithfield Medical Clinic.

“He was a country doctor at heart and was attracted to the close-knit community of Smithfield, which reminded him of both Ireland and England — a community where people knew each other and looked out for each other,” the family said. “In the early days, many people didn’t have a lot of money and would pay with what they could — there was often a bushel of vegetables at the door, corn, tomatoes, beans, peanuts, fresh eggs. He cared deeply that everyone deserved access to quality medical care, which is why he volunteered his services after retiring, to the free clinic.”

To Longford, medicine was a calling and not a job. He fought to maintain a personal touch with patients.

“Over the years, he became frustrated as medicine became less personal and far more bureaucratic,” the family said. “He did not enjoy the limits that set the amount of time a doctor could spend with patients. He quite stubbornly clung on to what he believed in and didn’t stop making house calls when there were patients in need. Sometimes he took us along with him, and looking back, it has instilled in us a sense of compassion and interest in people from all walks of life.”

“Over the time he was in Smithfield, he knew multiple generations of a family and watched babies grow up and have their own families,” the family said. “He loved seeing them and he fascinated us by knowing so much about everyone, sometimes even more than his own immediate family!”

Longford is survived by his wife, Rosemary; four children, Nicola, Desmond, Richard and Sarah; a brother, Dalzell, and three grandchildren. A private family service, limited in size due to COVID-19 considerations, was held Jan. 7 at St. Luke’s in Smithfield. A memorial service will be held at a later date.

Windsor plans to poll its citizenry on the idea of moving Isle of Wight County’s Confederate monument to the town’s... read more