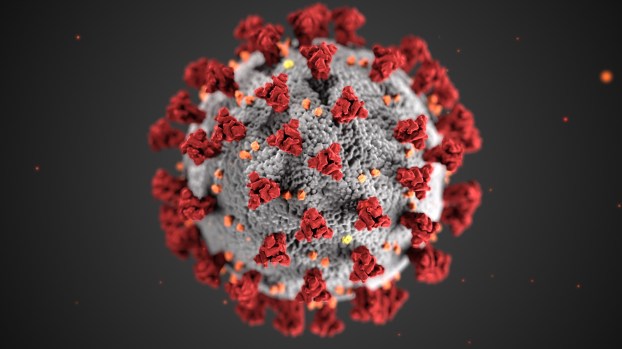 This illustration, created at the Centers for Disease Control and Prevention (CDC), reveals ultrastructural morphology exhibited by coronaviruses. Note the spikes that adorn the outer surface of the virus, which impart the look of a corona surrounding the virion, when viewed electron microscopically.

With just 105,000 doses per week of the COVID-19 vaccine available in Virginia for at least the next four weeks, the state health department will begin using an allocation formula based on a locality’s population and its ability to administer it.

The state had been able to provide enough vaccines to meet the demand and had been allocating doses to its local health districts based on logistics — the faster they can get shots into arms, the more doses they receive. Last week, that changed when the state received 300,000 dose requests for its 105,000-dose supply.

Dr. Danny Avula, the state’s new vaccine coordinator, said as of this week and going forward, local health districts will begin receiving their allotted vaccine supply based on their population, due to shortages in supply from the federal government of the Pfizer-BioNTech and the Moderna vaccines. But while the Virginia Department of Health’s Eastern Region, which includes Hampton Roads and the Eastern Shore, accounts for roughly 22% of the state’s total population, Western Tidewater comprises only 2% of the Eastern Region.

Based on July 2019 population estimates from the U.S. Census Bureau, the Western Tidewater Health District, with about 147,815 people from its four localities — Suffolk, Franklin, Isle of Wight County and Southampton County — it would receive about 1,785 doses per week. But according to the Health District’s emergency manager, Will Drewery, Western Tidewater’s allocation this week was nearly 50% less than that.

“[Prior to the change] we were set to receive 10,000 to 11,000 doses of the vaccine between our efforts, the private practices, the hospitals and pharmacies,” Drewery said.  “This week, district-wide, we received a total of 900 doses … 900 doses doesn’t get us to where we need to be.”

Western Tidewater is currently in Phase 1B of the U.S. Centers for Disease Control’s COVID-19 vaccination campaign. Per the Virginia Department of Health’s vaccination plan, Phase 1B includes K-12 teachers and other school staff, frontline essential workers, those 65 years of age and older and individuals between the ages of 18 and 64 with a high-risk medical condition.

Nearly 500 Isle of Wight County Schools employees have set up profiles on the state’s Vaccine Administration Management System to receive their first doses of the COVID-19 vaccine.

“Once they set up their profile, they can view locations in the area where they can receive the vaccine,” said division spokeswoman Lynn Briggs. “They can select an available date and time for their appointment. The two closest locations to our schools are the Smithfield Center and a location in Franklin.”

Career and volunteer first responders in Isle of Wight County were in the 1A group that began receiving vaccinations in December. According to Assistant County Administrator Don Robertson, most have already received at least their first dose of the Moderna or Pfizer vaccines.

As for Isle of Wight’s roughly 450 full-time and part-time staff members, the county isn’t mandating vaccinations but “all employees are strongly encouraged to get the vaccine as a means of protecting themselves, their families and the members of the public that they serve on a daily basis from COVID-19,” Robertson said.

Dr. Desmond Longford took good care of people in and around Smithfield for more than 50 years. And he refused... read more