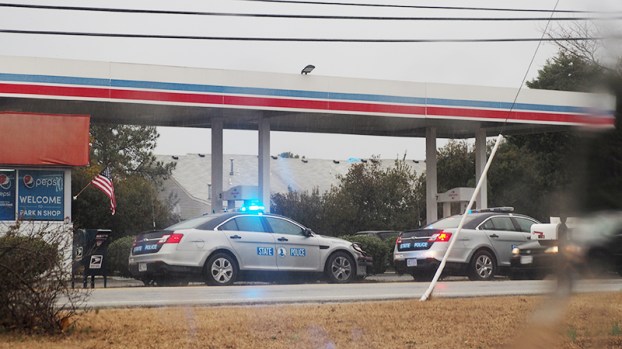 Troopers remain on-scene at the nearby Park-N-Shop following an accident with injuries that occurred at 3:27 p.m. Feb. 22 at 1007 S. Church St. Stephen Faleski | The Smithfield Times

An unidentified 17-year-old male has been charged in connection with a two-vehicle accident in Smithfield Feb. 22 that resulted in a woman suffering life-threatening injuries.

According to Sgt. Michelle Anaya, spokeswoman for the Virginia State Police, the accident occurred at approximately 3:27 p.m. Police initially identified the location of the accident as 1007 S. Church St., which is the address of QDaddy’s restaurant, but now say it occurred at a nearby gas station and convenience store.

Police say the collision occurred when the driver of a 2018 Honda Odyssey, Henry Hearn Jr., was traveling north on Church Street when he slowed to make a right turn into the Supreme gas station and Park-N-Shop store. There, he was struck from behind by a  2008 Ford Fusion driven by the 17-year-old, whose name police are withholding on count of his being a juvenile.

All parties were wearing seat belts, but the 17-year-old has been charged with unsafe speed for roadway conditions.