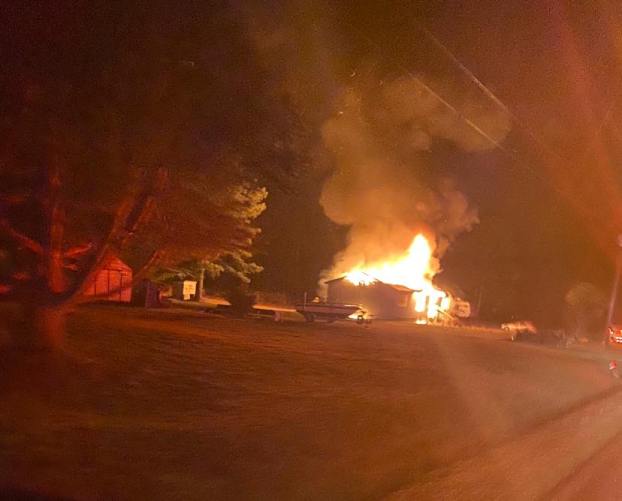 A house on Bowling Green Road has been deemed a total loss following a fire the evening of Feb. 26. Courtesy | Smithfield Volunteer Fire Department 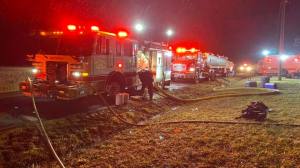 Officials with Smithfield’s and Carrollton’s volunteer fire departments are calling a single-story house on Bowling Green Road a total loss following a fire that occurred the evening of Feb. 26.

Units from Smithfield, Carrollton, Windsor and Rushmere responded to the scene. A Smithfield firefighter reportedly suffered a minor injury.

According to Smithfield VFD Deputy Chief Charlie Kempton, the residence was the home of one adult male, who was not home at the time of the fire but is now displaced.

Officials with the state fire marshal’s office are continuing to investigate the cause of the fire. 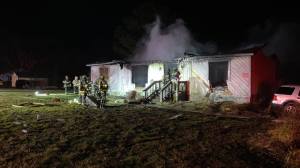 The Bowling Green fire was the second Smithfield’s Station 50 responded to Feb. 26. Earlier that day, Engines 51 and 53, and Truck 50 responded to Windsor to another single-story house, which was also engulfed in flames by the time responders arrived.

The Smithfield Times has extended the deadline for entries in its Black History Month essay contest, open to high school... read more