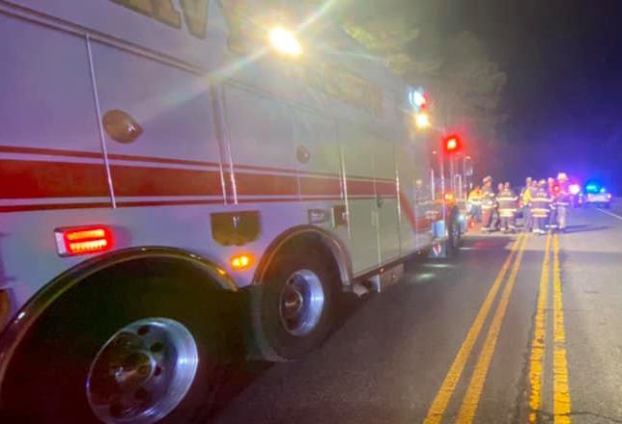 Rescue 50 and Engine 51 responded to a two-vehicle accident on Berry Hill Road the morning of March 4. Courtesy | Smithfield VFD

According to information posted on the department’s Facebook page, Rescue 50 and Engine 51 responded to the Route 10 bypass accident, where a two-vehicle head-on collision resulted in one person being entrapped. Two people were transported in serious condition and another was transported with non-life-threatening injuries.

Approximately 30 minutes after clearing the first scene, the VFD was dispatched to the second accident, which involved a single vehicle that had collided with a concrete bollard. Minor injuries were reported.

A woman died as a result of injuries suffered in a vehicle accident in Smithfield on Feb. 22, Virginia State... read more