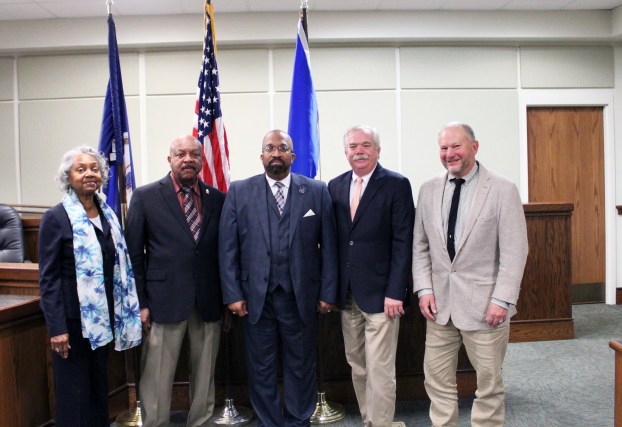 Surry County Supervisor Kenneth Holmes has resigned from the Board of Supervisors.

The board has scheduled a virtual meeting for 6 p.m. March 18 to petition the county’s circuit court to hold a special election to fill the vacancy for Holmes’ Carsley District seat “and to discuss a procedure for appointing a person to fill the vacancy until the special election,” according to a meeting notice published the afternoon of March 15.

Holmes had missed 11 consecutive board meetings due to a health-related issue. Michael Drewry, the board’s vice chairman, confirmed that Holmes is dealing with an undisclosed health issue.

“Mr. Holmes has medical challenges that prevent him from attending board meetings,” Drewry, who represents the county’s Dendron District on the five-member board, wrote in a March 12 email to The Smithfield Times. “As it is a medical issue, I do not know his exact status at the present time or his future intentions.”

Drewry said Carsley District residents may contact him or the board chairman, Robert Elliott, who represents the Claremont District, for assistance with any issues under the board’s purview.

“The positions [Holmes] held on other boards were delegated to other board members so that these roles and needs are presently being met,” said Drewry, who added that he did not have further information and that “the Holmes family has kept this a private matter.”

“I continue to keep Mr. Holmes in my thoughts and prayers for recovery and health,” Drewry said.

Before the March 15 announcement, it was not clear if Holmes planned to stay on the board to continue representing the Carsley District. In response to a question from the newspaper, Elliott said in a March 9 email only that “information on Mr. Holmes will be forthcoming in the very near future.” County Administrator Melissa Rollins shared a similar message on March 9, saying “there is no update I have to provide on Mr. Holmes at this time.”

Holmes could not be reached for comment. He did not return a March 11 email sent to his county email address.

Surry County’s supervisors have met virtually since the coronavirus pandemic started last year. According to county meeting minutes published online, Holmes was last recorded present at the board’s regularly scheduled Aug. 6 meeting. He had been absent since that time, including for work sessions and a recent joint session with the Surry County School Board to review budget issues.

At a February meeting, the supervisors reassigned Holmes’ subcommittee, board and commission appointments to other members. Drewry will serve on the social services board, Elliott will serve on the improvement association board and Supervisor Tim Calhoun will serve on the buildings and grounds committee. The moves were unanimously approved by the board.

Holmes first won the board’s Carsley District seat in 2011, receiving nearly 71% of the vote over challenger Edmund W. Castle. He was unopposed for the seat in 2015, according to state election records. In 2019, Holmes was elected again, receiving 53% of the vote over challenger Felicia Lynette Bailey, according to state election records.

Kenneth Holmes occupied the seat formerly held by his older brother, Marvin Sherlock Holmes. The elder Holmes served on the board for about 25 years, in two stints, starting in the early 1970s and stepping down in 2011.

Under state law, when a vacancy occurs on a local governing body with elected members, the remaining members of the board may appoint a qualified voter from the election district to fill the vacancy within 45 days. If the board members can’t agree or don’t act within that time frame, local circuit court judges may make the appointment.

Gimme Shelter gets stay of eviction