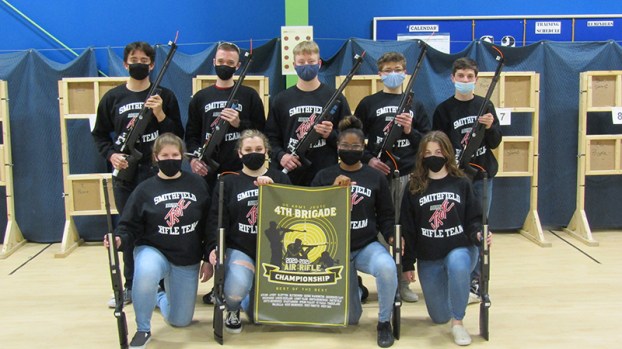 The Smithfield High School AJROTC Rifle Team wrapped up its season recently with its final competition of the year.

The results from this year’s 10 marksmen were outstanding, a press release stated. Led by Team Captain Holly West and Assistant Captain Diamond Whitehead, the team finished 19th in the 4th Brigade area, which includes, Maryland, Washington D.C., West Virginia, Virginia, North and South Carolina, and were the #1 Army JROTC Rifle Team in Virginia. This year they entered a postal competition in Topeka, Kan., and placed fifth out of 42 schools who entered from around the country and were again the #1 Army JROTC school in the competition. They also placed second in the Virgina Rifle League, and were the #1 Army JROTC school in the league.

Only one of the marksmen is a senior this year, so the team should be even stronger next year. Due to substantial grants of equipment over the past three from the National Rifle Association totalling almost $10,000, the team is now equipped to expand the range in the JROTC Fieldhouse to 16 lanes, and as a result, will be able to increase the team’s size in the coming school year.