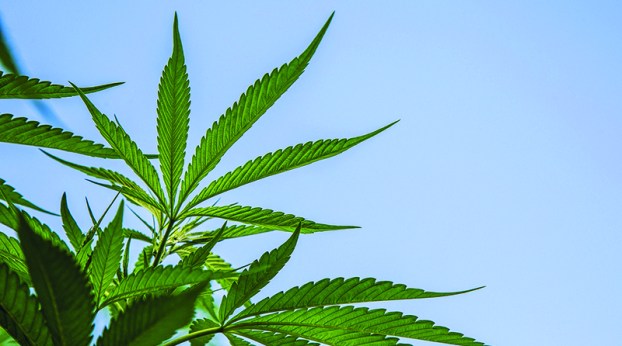 Yes and no, county attorney says

Virginia cities, counties and towns that wish to prevent retail marijuana stores from opening within their borders will have a six-month window next year to hold a voter referendum on the issue.

Per changes to state law enacted earlier this year, it will become legal in Virginia July 1 for adults ages 21 and older to possess up to an ounce of marijuana in non-public places and grow up to four marijuana plants in their homes. But retail sales of marijuana products won’t begin until 2024, giving the state time to set up the regulatory agencies it plans to task with overseeing Virginia’s cannabis market.

Localities that choose to allow retail marijuana are permitted to impose a local marijuana tax rate of 3% on those purchases. Virginia plans to impose an additional 21% state tax on most marijuana purchases.

But beyond the referendum on retail sales, there’s little localities can do to keep commercial marijuana growers and manufacturers of marijuana products and paraphernalia from setting up shop within their borders come 2024, according to Isle of Wight County Attorney Bobby Jones.

For example, in areas of the county zoned for rural agricultural conservation, greenhouses are a permitted use.

“But we don’t control what the greenhouse is growing, and under this new legislation marijuana is just another agricultural product,” Jones said.

Aside from voters’ ability to ban retail marijuana via the referendum, the only other oversight localities have is to set operating hours for retail marijuana stores. Counties, cities and towns can control where retail establishments in general may set up by passing zoning ordinances, but not what those retailers may sell.

According to Jones, Virginia plans to regulate the cultivation, manufacture and retail distribution of marijuana by having the newly-created Virginia Cannabis Control Authority issue licenses, similar to how the state’s Alcoholic Beverage Control Board currently issues licenses for retail alcohol sales. According to Jones, there would not be more than 400 licenses for retail marijuana stores issued statewide.

In 2020, Virginia decriminalized simple possession of marijuana, meaning those found in possession of it for personal use now only face a $25 civil penalty rather than criminal charges and the possibility of incarceration. Come July 1 this year, Virginia will become the first southern state to legalize possession for non-medical purposes. Fifteen other states and the District of Columbia have enacted similar legalization laws.

While federal agencies have taken a hands-off enforcement approach in states that have passed legalization measures, possession of marijuana for non-medical purposes technically remains a federal crime. Transporting or distributing it across state lines is also still illegal.

“This is still illegal under the federal system, all of this … for how long I don’t know but right now it is,” Jones said.

Virginia’s legalization law includes a re-enactment clause, meaning the General Assembly must re-vote on the issue during its 2022 session. During the 2021 session, Virginia’s Senate deadlocked 20-20 on the then-proposed legislation with Lt. Gov. Justin Fairfax casting the tiebreaker vote for approval. The House of Delegates approved it 53-44 along party lines, with no Republicans supporting the measure and only one Democrat siding with Republicans against it.

According to the Washington Post’s coverage of the 2021 session, Republicans in the House and Senate had argued moving the date for legalizing possession to this July would foster an illicit marijuana trade during the years it would take the state to set up its legal market by 2024, but Democrats argued the earlier date would address a racial disparity in marijuana arrests.

According to a November 2020 study by Virginia’s Joint Legislative Audit and Review Commission (JLARC) Black Virginians have historically been arrested and convicted of marijuana crimes at a disproportionately high rate. From 2010 through 2019, the average annual arrest rate for marijuana possession was 6.3 per 1,000 for Black people — about 3.5 times higher than the arrest rate for white people though national surveys have consistently shown little difference in the number of Black versus white people who report having used marijuana.

Locally, the JLARC study found the number of Black people to be arrested for possession of marijuana was 4.0 to 5.9 times the number of white people arrested for the same offense in Isle of Wight County from 2015 through 2019. Isle of Wight’s population of roughly 37,000 is 72.7% white and 23.2% Black, according to U.S. Census estimates from 2019.

In Suffolk and Southampton County, the racial disparity in marijuana arrests was lower. Black people in those localities were arrested for marijuana possession 3.0 to 3.9 times more often than white people. Suffolk’s population of around 90,000 is 51.5% white and 41.8% Black. Southampton’s roughly 17,000 residents are 62.3% white and 34.7% Black.

Surry County, which has a population of roughly 6,400, 55.2% of whom are white and 41.5% of whom are Black, had insufficient data to show any disparity in marijuana arrests, according to the JLARC study. In the city of Franklin, which has roughly 8,000 residents and is majority African American, the racial breakdown of marijuana arrests for the same timeframe was nearly even for Black and white people.

The JLARC study also surveyed each county and city for data on whether its local government would be likely to allow or prohibit commercial marijuana if allowed to do so. Isle of Wight County, Surry County and Suffolk were all listed in that report as likely to allow, while Franklin and Southampton County were listed as uncertain.

But based on comments at a June 3 Board of Supervisors meeting, Isle of Wight’s government could end up going either way. Smithfield District Supervisor and Board Chairman Dick Grice, who participated in the meeting remotely, said he was concerned about people potentially driving under the influence of marijuana and getting into accidents — and what cost the county’s Sheriff’s Office and emergency services department might incur to keep up with a potentially increasing number of marijuana users.

“We have enough problem with drunk drivers,” Grice said. “Now we’re going to add another level to it.”

“In this county, we sell cigarettes, we sell wine, beer, liquor, why are we so concerned about marijuana?” he asked.

Jefferson said in his opinion, marijuana presented less of a danger to the public than people going to restaurants, ordering several alcoholic drinks, and then attempting to drive home.

“I think it’s ironic that we’ve tried so hard, at least during my lifetime, to curtail smoking of tobacco … smoking is smoking; it’s going to damage your lungs and cause things like COPD,” Acree said.

“I like the idea of letting the citizens make that kind of a decision,” said Newport District Supervisor William McCarty, referring to the referendum.

Isle of Wight’s Planning Commission gave its approval May 25 for the new Hardy Elementary that is to break ground... read more