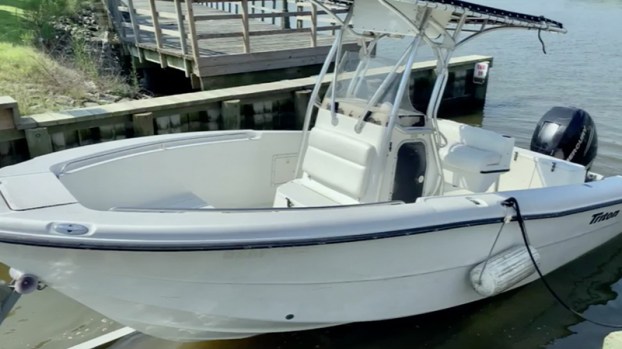 Isle of Wight County’s Sheriff’s Office will be getting two new boats through a military surplus contract.

One is a 22-foot Triton center console with a 250 horsepower outboard motor. The other is a 19-foot CR center console with a 135hp motor and an aluminum hull, which Capt. Tommy Potter, spokesman for the Sheriff’s Office, says is better suited for the county’s southern end and the Blackwater River.

Virginia’s Port Authority has agreed to donate all electronics equipment for the 22-foot boat, and its installation, which Potter estimates at a $40,000 value. The 19-foot boat will be outfitted with the equipment that had been installed on the department’s 19-foot Boston Whaler boat, which it acquired in 2003 as a donation from the New Kent County Sheriff’s Office and has since sold via public auction.

“Last year, early in the year, we recognized that boat was no longer serviceable,” Potter said. “It started having a number of issues.”

Despite its mechanical problems, “it actually sold for quite a bit more funds than we were anticipating,” Potter added, estimating the winning bid at over $11,000.

Potter had appeared at the June 15 meeting of Isle of Wight County’s Board of Supervisors to request that $6,500 of the auction money be returned to the Sheriff’s Office budget to reimburse the cost of transporting the 22-foot boat to Isle of Wight County, repainting it and adding stripes and decals.

The Sheriff’s Office again ended up receiving more money than it had expected.

“I’d like to see us go ahead and reallocate the entire [$11,000-plus] amount … with the intent that they would use the additional monies above what they’re asking for to go toward training and any additional equipment they may need,” Windsor District Supervisor Joel Acree said.

“It was a donation to begin with,” he said, referring to the Boston Whaler boat.

In 1902, one of P.D. Gwaltney Jr.’s Smithfield hams was overlooked and, for 20 years, hung from a rafter inside... read more